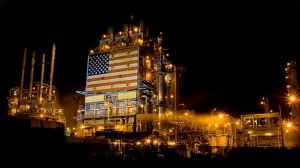 Crude oil futures for July delivery fell to less than $60/bbl on the New York market June 12 after trading in a tight range pivoting around $60/bbl recently. A tropical weather system developing in the Gulf of Mexico could influence energy prices this week.

The National Hurricane Center said a tropical depression or tropical storm could form in the gulf before reaching the Texas coast on June 16.

“Thunderstorm activity with the broad area of low pressure in the south-central Gulf of Mexico has become a little more concentrated,” NHC said. A plane was en route to the system on June 15 to determine if “the low-level circulation has become any better defined” than it was during the weekend.

Separately, analysts generally expect that ample world oil supplies eventually will shrink, due to growing demand and a decline in US drilling, particularly in onshore unconventional plays.

Matt Adams with Douglas-Westwood in London said, “It follows logically that prices will recover, but that recovery is likely to be slow and gradual.”

Meanwhile, US natural gas prices fell on both the spot and futures markets on June 12, yet the gas futures price still rose overall for the week because of gains set days earlier.

NYMEX gas for July delivery settled at $2.75/MMbtu on June 12 after reaching a settlement of $2.89/MMbtu on June 10. Analysts warned that the big gain set up NYMEX gas prices for a fall.

US natural gas levels in underground storage across the Lower 48 climbed 111 bcf to an estimated 2.34 tcf, the US Energy Information Administration estimated last week. Stocks were 753 bcf higher than last year at this time and 44 bcf above the 5-year average of 2.3 tcf (OGJ Online, June 12, 2015).

The average price for the Organization of Petroleum Exporting Countries’ basket of 12 benchmark crudes for June 12 was $61.17/bbl, down 97¢.