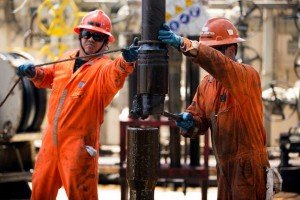 The Obama administration will begin to allow limited US crude oil swaps with Mexico, multiple news organizations reported. The US Department of Commerce is “acting favorably on a number of applications” to export US crude in exchange for imported Mexican oil, Reuters quoted an unnamed official as saying.
Approvals are expected by the end of the month, he said without elaborating. It was not clear how many barrels of crude would be involved, but Petroleos Mexicanos SA, Mexico’s national oil company, has said it would seek a 100,000-b/d exchange of lighter US crude for its heavy Maya grade.
Commerce Department officials quietly informed members of Congress about the plan. Several welcomed the news.
US Senate Energy and Natural Resources Committee Chair Lisa Murkowski (R-Alas.) said it was a positive step that required no change in the 40-year-old law restricting exports of domestically produced crude. “I remain committed to the full repeal of the ban on selling oil to our friends and allies overseas, and I believe we should do so as quickly as possible,” she continued.
“The US and Mexico have a great relationship when it comes to trade and commerce, and today’s announcement is a clear sign that both countries are eager to further develop their energy sectors,” said US Rep. Henry Cuellar (D-Tex.).
“Energy trade is a key component of our economic relationship with Mexico and recent changes in their energy policies have given us an opportunity to strengthen that exchange,” added US Rep. Will Hurd (R-Tex.).
But an American Petroleum Institute official said that wider trade of US crude with Mexico will deliver only a portion of the economic benefits that could be generated by ending the crude export ban.
“Much like our mutually-beneficial oil trading relationship with Canada, exports to Mexico will offer another example of how the free flow of commerce helps keep energy supplies more stable, more secure, and more affordable,” API Executive Vice-Pres Louis Finkel said.
“At a time when the US is working on a deal to allow Iranian crude onto the global market, policymakers should focus on preserving America’s competitive position as the world’s top oil and gas producer,” he declared. “By lifting our own self-imposed sanctions, we can give US producers the same access to global markets and protect America’s competitive edge.